Thought it was time for a general update on the goings on here at Smith Marine Design. So here it goes:

1) I have been working off and on for the last couple of years on a new design for a 21' center console. The original idea was to replace the Finesse 20, but after I got going the boat changed so much that it really didn't fit the Finesse ethos of simplicity and efficiency. That's not to say that I have abandoned those ideals completely, I have just taken a small step away to create a boat with different capabilities. The still unnamed, new design has more deadrise and wider beam to make it more capable offshore. It has a sweeping sheer similar to the Finesse style, but the flare in the bow transitions to tumblehome back aft. I think she is going to be really pretty! I am nearly done, but have had to stop again for project number two below. 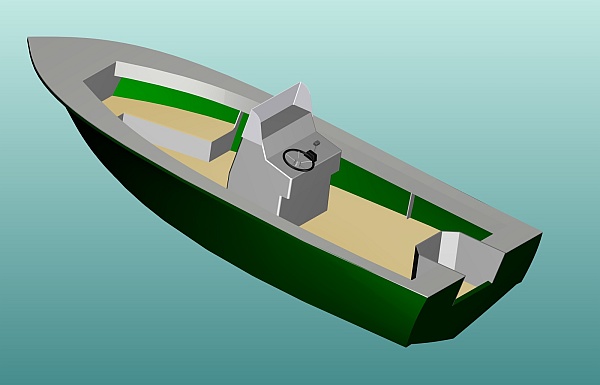 2) Way back in 2004 I decided to create an outboard version of the Finesse 27. I started drawing and got the concept pretty well worked out, then got busy with paying clients. The design sat untouched until 2008, when I did a little more to it. Then I got busy, sick, busy, sick some more . . . needless to say not much more got done! A month or so back I had a call from someone who wanted an outboard Finesse 27. He ordered the plans for the inboard, even though I had explained to him how much would have to change to make it an outboard. That's when I got nervous. Frankly, I don't like the idea of someone making changes that major to one of my designs. Call me a control freak if you want, but I just don't want anyone to have a bad experience or to get hurt. So, with all the little voices in my head screaming "don't do it!" "you're crazy!" "don't be an idiot!", I offered to finish the plans, at no additional cost. The customer knows that I have to finish the plans the way I want as they will be stock plans, but I am thinking of what he wants as he is likely similar to others who would also want a boat like the Finesse 27 OB. The design is coming along well and I'll be starting the construction drawings any day now. 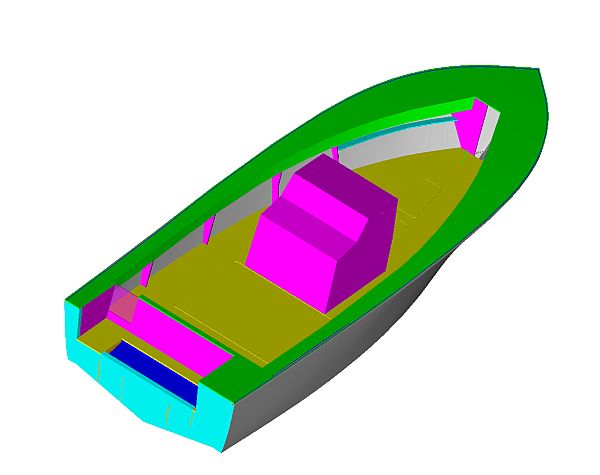 3) The Osprey 18 continues to be the biggest selling plan, with the Crystal 16 second. I just sold another set of plans for the Kitty Hawk 18 and hopefully that boat will be getting started soon. A professional builder is starting two Osprey's up in Charleston. One is sold, but the other will be available for sale. It will be a special one with tumblehome back aft. I'll let you know when it is ready!

4) I just celebrated my second birthday! May 1st marked two years since my stem cell transplant. I now have the immune system of a 2 year old toddler. I am still in remission, although I am on chemo still. The hideously expensive pills only cause a few issues, the worst being really bad chemo brain. You'll notice if you call that sometimes I can't get the words I want out. They're in there somewhere, I just can't get them out. My memory also sucks, so I recommend using email to contact me if possible as then I have a written record of our contact. The chemo brain is worse in the afternoons, so I sometimes can't get much work done as I can't think straight. Considering the side effects of some of the other drugs I have been on, these aren't too bad.

Lastly, my wife is trying to set up a Facebook page for me. I have avoided Facebook like the plague as I really don't want to have to maintain it. So she is going to take care of that end, posting my comments while we are sitting around in the evenings. It will still be my thoughts, I just won't be typing them up! Hopefully we can get some builders updates online faster for you to see. Look for a little Facebook symbol on the site at some point, once I figure out how to do it! That's the main news from Smith Marine Design. Thanks for visiting the site and check back once in a while for the updated builder photo's and the new designs!